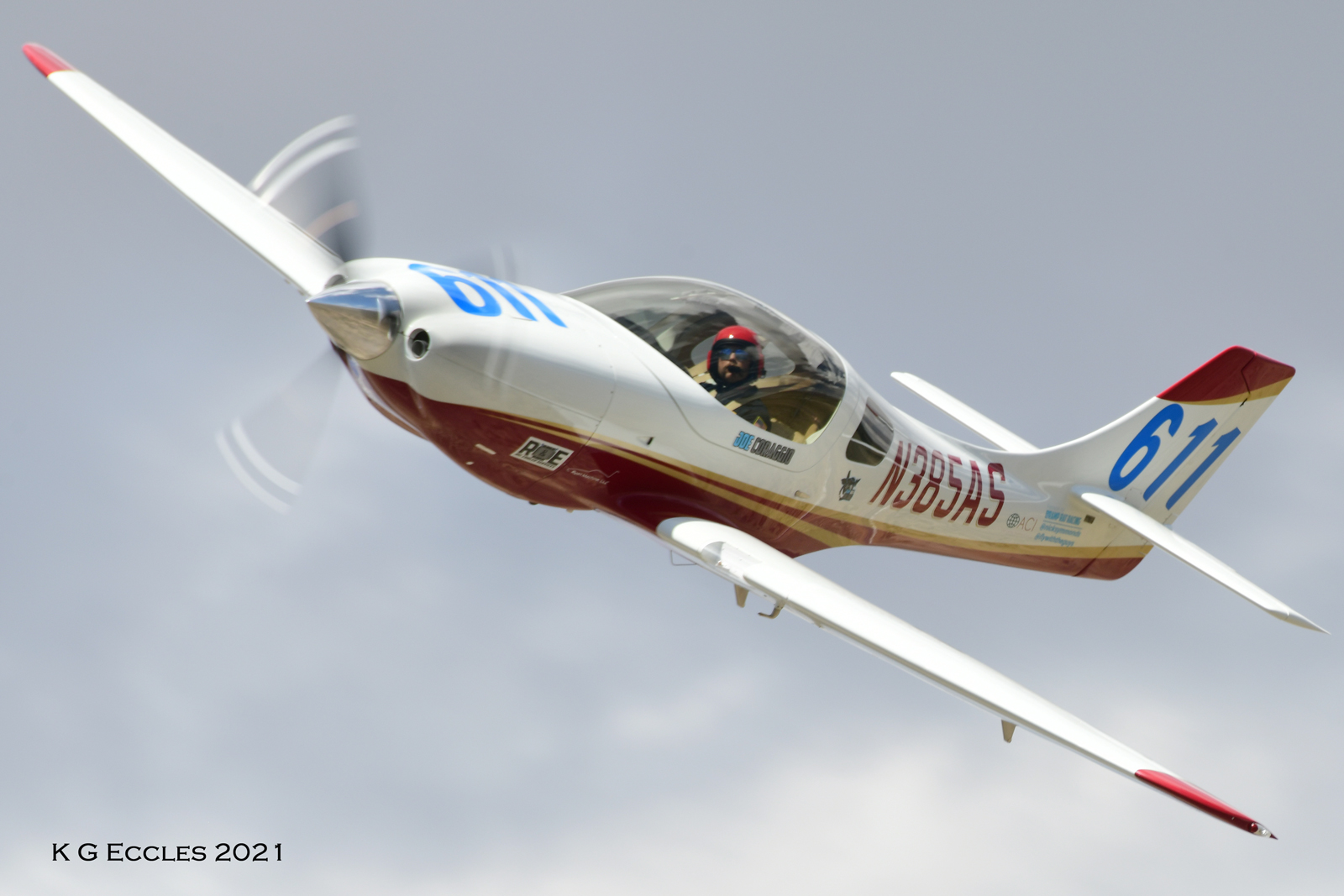 Joe will return to sport class air racing later this month in his Lancair Legacy aircraft to expand on his impressive first year of competitive pylon racing. The STIHL National Championship Air Races resumes in 2021 after an off year due to COVID concerns. Competition begins Wednesday, September 15 in Reno, Nevada and culminates over the weekend with championship events across several classes of racing on September 18 and 19.

First introduced more than fifty years ago, the Reno Air Races feature multiple high-performance aircraft racing head-to-head simultaineously in a series of breathtaking multi-lap heats around a closed course at just fifty feet above the desert floor. With Sport Class race speeds exceeding 300 miles per hour, unquestioned confidence in the aircraft and its components is critically important to the pilots and support teams.

“We’re very pleased to be partnered with a forward-thinking organization like Crewchief Systems,” said Joe Coraggio, “maintenance records, compliance, and tracking for general aviation and experimental aircraft have been without substantial innovation for the last several decades. We are excited to be working with Crewchief and their innovative maintenance solutions as a way of enhancing safety and compliance - both for our primary racing aircraft as well as the others in our fleet.”

Co-founder and CEO of Crewchief System, Aaron de Zafra, also an avid aviator since an early age, began the company in 2018 after recognizing a clear market opportunity within general aviation. In a career spanning 27 years in the tech sector, including roles as a Global Partner in firms such as EY and KPMG, Aaron has successfully led the transformation of several other industries by leveraging disruptive solutions to address historical challenges.  According to Aaron, “Crewchief Systems was founded with the express intent of bringing 21st century maintenance and safety insights to the largely underserved general aviation community.”

When reflecting on the recent alliance with Joe Coraggio and Ramp Rat Racing, de Zafra remarked, “We are thrilled to be working together with Joe and Ramp Rat Racing.  As a seasoned aviation professional with many years as a certified flight instructor, competitive air racer, and commercial pilot, we value Joe’s endorsement and insights. Joe’s depth of experience and keen insights will be valuable to our efforts going forward.  Plus, it will also be great to see the Crewchief brand on the nose of Joe’s Lancair Legacy as he leads the competition across the desert.”

Crewchief Systems successfully debuted at EAA AirVenture in 2019 and has invested heavily in its game-changing aircraft asset intelligence platform.  A subscription-based service, Crewchief Systems may be easily downloaded to any mobile device and is compatible with single or twin-engine piston-driven aircraft. As a comprehensive tracking platform for all critical maintenance items (including all applicable Airworthiness Directives and Service Bulletins), a Crewchief aviation professional assists each new Member with initial aircraft configuration, logbook, and documentation review.

A Brookfield, Wisconsin native, Joe has been a pilot and certified flight instructor for twenty years as well as a commercial airline pilot for more that fifteen years. He has over 11,000 hours of flight time in more than eighty-five different types of aircraft. Joe is a longtime volunteer for EAA and Vice Chairman of the AirVenture Cup, which was founded to recreate the excitement of the Bendix Trophy races of the 1930s. In this role, he helped grow participation from a dozen airplanes in 1998 to more than 75 airplanes and pilots annually. Joe is a graduate of the University of Minnesota with a degree in Aerospace Engineering along with a minor in Astrophysics.

Joe made his debut in Reno Air Racing in 2019, piloting his Lancair Legacy in 2019. He won his very first heat race on his way to placing 6th overall in the Sport Silver class for Ramp Rat Racing. Thanks to his outstanding first year performance, Joe was also honored as the 2019 Reno Air Racing overall Rookie of the Year.

Ramp Rat Racing was founded in 2019 with the singular goal of qualifying and flying in the Reno National Championship Air Races. A team of individuals led by our owner/pilot Joe Coraggio worked diligently to get both airplane and pilot ready for the race season. Not only did Joe qualify for the 2019 Reno Racing series but took first place in his very first heat race.  Joe took sixth place overall in the Sport Silver class of racing and was honored as the Reno Air Racing Rookie of the Year in 2019.  Ramp Rat’s ideas and dreams are big, only limited by time and budget (although they never let minor issues like that hold them back.)  Ramp Rat Racing is excited to see what the future holds, how fast they can get their Legacy going - and perhaps even design, build, test and race a purpose-built race plane.

05/31/2022
business
CREWCHIEF SYSTEMS TEAMS UP WITH EAA TO ELEVATE AVIAT...
Crewchief Systems is teaming with aviation to elevate ...
Read More 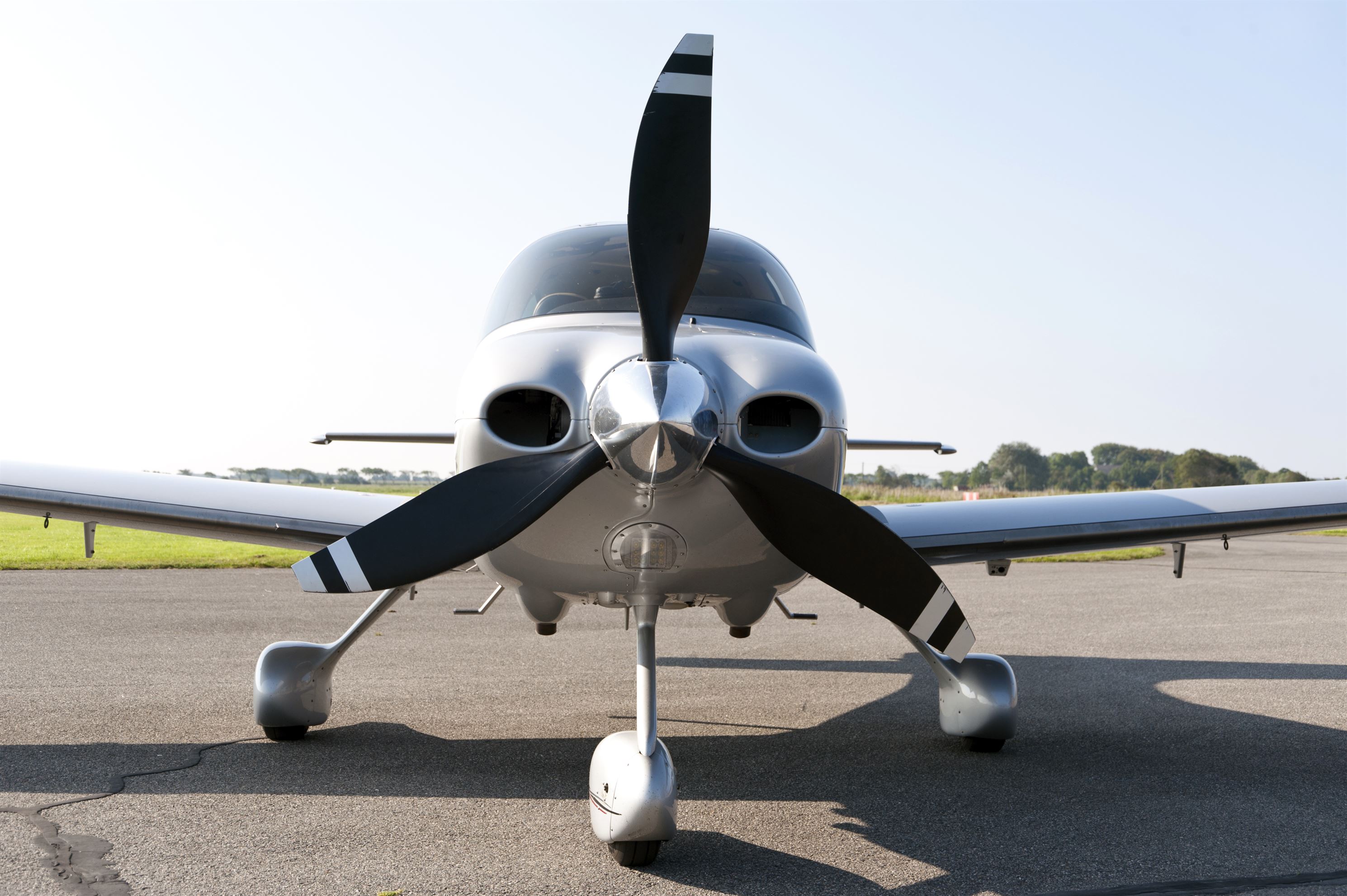